What AOE country are you Quiz

We have observed that there are two types of people in this world; first, who detest history as a subject (because it is boring and hard to remember) and second, who are just fine when it comes to studying and gaining knowledge about history. However, one thing must be focused here that very few people in this world LOVE history.

Well, we all have heard that games can be a beneficial resource if implemented for study purposes and the phenomenal “Age of Empires” game is an amazing example of this as it takes the players to the four historical ages i.e. ‘Stone Age’, ‘Tool Age’, ‘Bronze Age’, and ‘Iron Age’. Age of Empires is notorious for its amazing gameplay, modes, and strategies that gamers employ to win in the game.

You diligently work to build your civilization in the game but do you have any idea which Age of Empires kingdom is yours? Oh no! Your answer is not what we expected….. Come on! Take the fun Which AOE Civilization Are You Quiz to play in your best form!!! 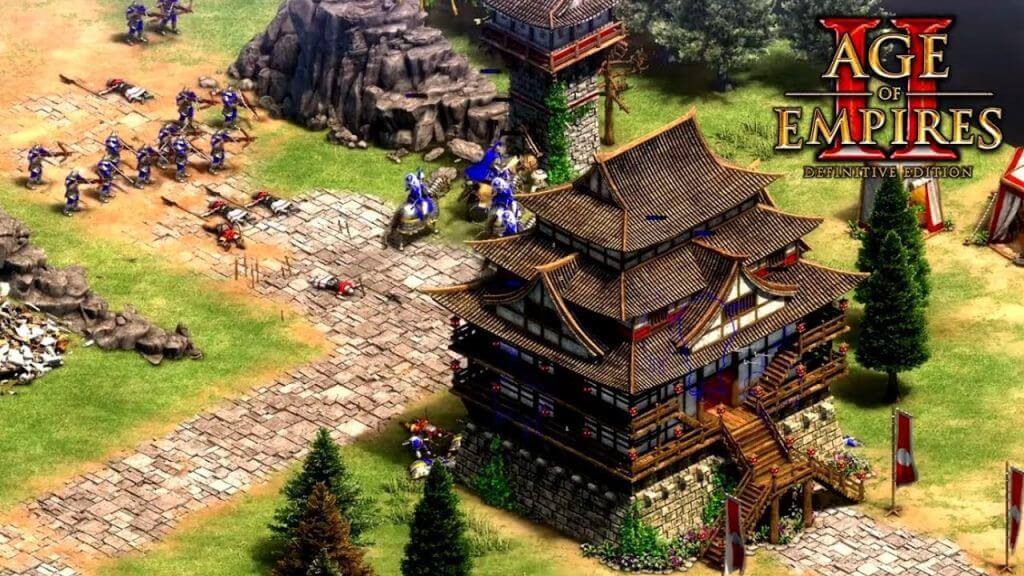 Britons is the civilization that represents the British Kingdom during the historical ages. This civilization is available for beginners as well and the players can easily learn by settling the villages of Britons to form a larger kingdom afterward.

Representing the Anglo-Normans in the game, Briton’s ace is the Longbowman. It is a unit of battling humans in the game who are efficient archers and a group of them can target their opponents even if they are far. The higher you go the more archers get stronger and can be trained more quickly. Take this AOE quiz to figure it out if you are Britons in the game.

On the other hand, the Town Centers of Britons are cheaper compared to other civilizations so they earn more money from the business in the Town Centers. Moreover, the villagers of Britons are hard-working and make food from sheep and use its wool for other purposes. Hence, their productivity helps them to survive for long. The Britons must be extremely cautious during the Dark Ages because that might trouble them so the players must try to have at least 22 villagers and 1 scout in order to be safe and should also deploy archers so that enemies do not conquer their land.

Turk civilization is the best if you are a beginner in the game. They have an ideal military both on land as well as on the sea and the siege also provides them a discount with which they build a stronger army though it costs more. The gun powder and other technology that Turks possess are ideal when it comes to defend and attack. Moreover, the Hussar and Light Cavalry can be upgraded for free. If you invest in building Mosque then you can avail rewards and bonuses.

Even the villagers of Turks work 15% faster on farms and build cannon galleons, bombard towers, and other things that save them. The Town Centers brings them more people and so they get to train them for free. However, be careful not to spend all the gold in a rush because most of the players make this mistake. You would know how well you play the game with the Age Of Empires Quiz.

Persians are also good at technology but only in the cavalry. You would find their elephant unit quite interesting in battles and trust us that they are quite effective. They efficiently fight at sea with their naval troops but their technologies and strategies do not stand for long as the elephants are vulnerable and expensive and cost them a lot of gold.

Greeks and Romans are their greatest enemies in the game. Persians are average when it comes to battle because their monks aren’t much trained and they lack swordsmen. The biggest problem with the economy of Persians is that it blossoms as the game starts but it is arduous to maintain the ratio of prosperity as the game progresses and this affects things overall. When you think what age of empires country are you? Maybe you are Persian but the things can be confirmed by AOE Test.

Franks civilization is also known as French civilization is considered beneficial and one of the best due to a number of reasons. The people of Franks are known as Coureur des Bois and they are quite clever when it comes to working for their kingdom. Coureurs are friendly and easily adapt to the conditions while collaborating with other villagers and native tribes and so there is a chance to widen the kingdom and its area at a faster pace.

One of the major advantages that Franks have is its economy that is boosted due to free farm upgrades that they receive and the berry harvesting which brings a lot of money and resources to them. As the Franks mainly form kingdoms so castles are approximately 25% cheap in Franks compared to others, whereas the farms are also easily accessible and economical.

Few disadvantages that Franks have to face is that they can’t construct Camel Riders and their archers are also infirm. Don’t worry as Franks can also fight with their fearless knights which are fully upgradable like the Cavalry and Light Paladins.

Slavs civilization belongs to Eastern Europe and they mainly focus and depend on their army. The Slavic areas are the places that are now known as Poland, Bulgaria, Ukraine, Russia, etc. Two things are most vital for Slavs; farmers and the military. The military of Slavs is quite persevering as they have buildings such as siege workshops, barracks, stable, and archery range that are constructed at a faster pace due to the bonuses they receive.

The farmers of Slaves are the major building blocks as they work ten times faster than farmers of other civilizations. Hence, they generate more food and they are also superior when it comes to working with the  latest technologies, for example, armour for the fighters.

This tip would be quite helpful for the players so keep in mind that they have the worst archers among all and their architecture is also frail because their towers can be shot down easily with bombs and other weapons. In a nutshell, we might say that Slavs might be good at attacking but worse when it comes to defending.

By the way, we think that if you love playing AOE, you would also love our COC Quiz.

AGE OF EMPIRES QUIZ - WHICH CIVILIZATION ARE YOU?

Ready for the most exciting AOE Quiz to find out which civilization have you ruled in your past?