The hype of Minecraft would never level down because we all see the craze that it creates. The players of Minecraft have not only made name and recognition all around the world but have revolutionized the gaming world. They are making more money than we all can count on because Minecraft players are now brands in the gaming world. But, it is a fact that nobody can deny that they have changed the style of gaming and games in a better way. For instance, the huge hype of Hermitcraft games and servers. Have you ever seen the Hermitcraft games and their streaming? If yes, take this Hermitcraft Quiz to find out which Hermitcraft SMP character are you!

WHAT IS HERMITCRAFT? WHY IS THIS MINECRAFT SMP SO POPULAR?

Some of you might not know what Hermitcraft is? Well, in the simplest words, Hermitcraft is a server introduced by the Minecraft players. They have worked hard on this server as building up all the things from the scratch wasn’t very easy. It all started in 2012 as it wasn’t a great hit initially as the game was only streamed through Youtube channels of the respective players. Up till now, we have enjoyed 8 seasons of Hermitcraft SMP and the Ninth season of Hermitcraft is to be suspected in 2022. 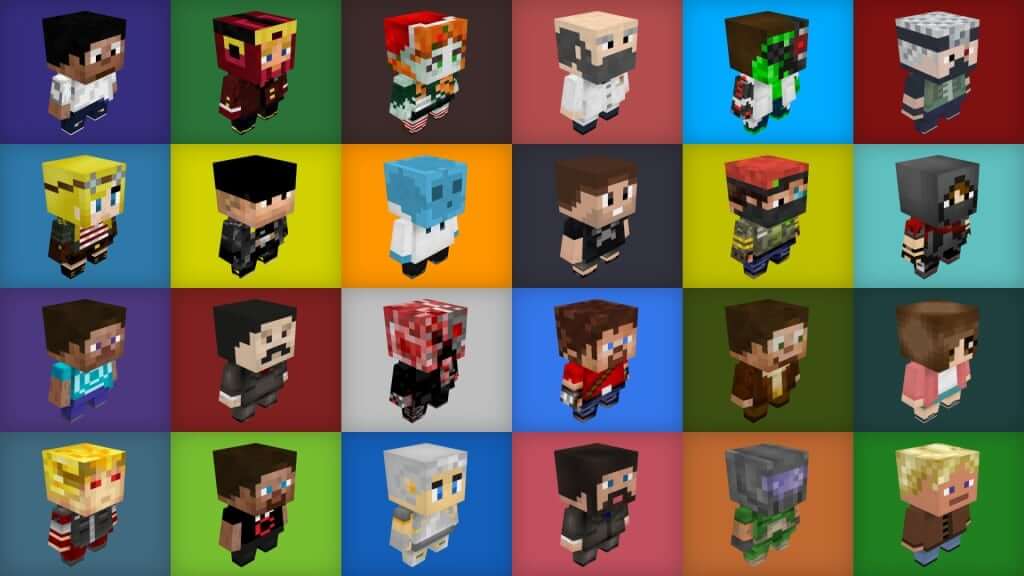 WHO ARE THE BEST MEMBERS OF HERMITCRAFT?

How much do you know about MumboJumbo in Hermitcraft? Undoubtedly, he is the most famous gamer in Hermitcraft and this can easily be proved by the number of people who have subscribed to his channel- More than 7 million on Youtube! Just imagine about his lifestyle. Anyhow, leaving the money behind, Mumbo has won all this prestige because of his intense hard work and creativity.

In all 8 seasons of the game, Mumbo has always presented everything in the best way, whether it was his construction style or his village since the second season. His “Jungle-themed village” became the favorite of everyone while the videos of its making were really incredible. Not only this but also in season 6, Mumbo created an extremely artistic skyscraper as it was structured in the middle of the ocean.

The character of MumboJumbo in Hermitcraft has one thing that makes it different from all others; the mustache and hair. The way Mumbo always kept his character in style with various outfits was obviously charming. You will get some questions about this in Hermitcraft SMP Quiz.

Here is another Minecraft player who is one of the most respectable constructors and pranksters in the Hermitcraft server. He has a unique taste and so gained more than 1.5 million subscribers on Youtube by only playing a few seasons. He joined the Hermitcraft server in 2012 and has made his moves quite notable like a Minecraft Mob.

His visits to the places of other members and the jokes and high-jinks entertain all the viewers. For instance, his interest in the mansion and pool; buying them and then bringing visible changes to them to make them more extravagant. Moreover, his intricately designed indoors and peculiar taste can be immediately identified by anyone. BdoubleO100 loves two things; pranks and diamonds. He often employs his diamonds to buy things from others and avoids working from the scratch. On the other hand, the Docm77 and BdoubleO100 mini prank war got more famous than any other thing.

Keralis also joined the Hermitcraft server in 2012 and has around 2 million subscribers on his channel. It is quite obvious why all gamers love and admire him this much. Even in season one, not only did Keralis explore various biomes but also created a fun game named “Keralis Bush-o-rama”. He is always eager to think out of the box and this is why his creations are different from all others. For instance, in season 2, Keralis first made a simple rustic house but then unveiled his great Asian-themed temple.

Be honest and tell us how much did you miss Keralis when he left the server of Hermitcraft and joined it again after all four long years? Hmm, we were definitely happy to see him again. However, he joined with more power and ideas. His modern and state-of-the-art construction was simply perfect. Keralis made it not only realistic by adding port and industrial area, but also with his resort and skyscrapers.

He is another Minecraft hero who joined the Hermitcraft server to gain more fun and thrill in his gaming life. He has become famous for his redstone techniques and a block of his own name “Etho Block”. He loves to work in coordination with other members and usually comes up with various unimaginable things.

Etho prefers simple and elegant structures and embeds them in his Canadian roots. Some games initiated by him are Whack-A-Mole, Boat Racing, and others. His teaming with others and fun videos are what make us love Etho more.

WHICH HERMITCRAFT SMP MEMBER ARE YOU?

If you are thinking what is the use of the Hermitcraft Kin Quiz then remember that no other thing or person can claim which Hermitcraft character are you more accurately than the quiz. Don’t wait any longer and hit CLICK…