Can you survive this “Rust” Quiz?

Hey, have you heard new talk of the town? Couldn’t guess? Well, we are talking about the most famous game nowadays that is “Rust”! Every other player is taking interest in the game and only in January, Rust almost crossed a record of making $1 million in just two weeks. Basically, Rust is an action-survival game and the question is can you survive in Rust?

Rust involves the players in crafting items that are necessary for surviving. If you aren’t that hard-working that you can also steal from others through the option of loot but make sure you do not die without winning Rust. We can see that you are curious to find out what Rust character are you? But this depends upon how much you know about the game. If you are eager to find out then answer the Ultimate Rust Knowledge Test.

ALL ABOUT THE RUST GAME & RUST QUIZ 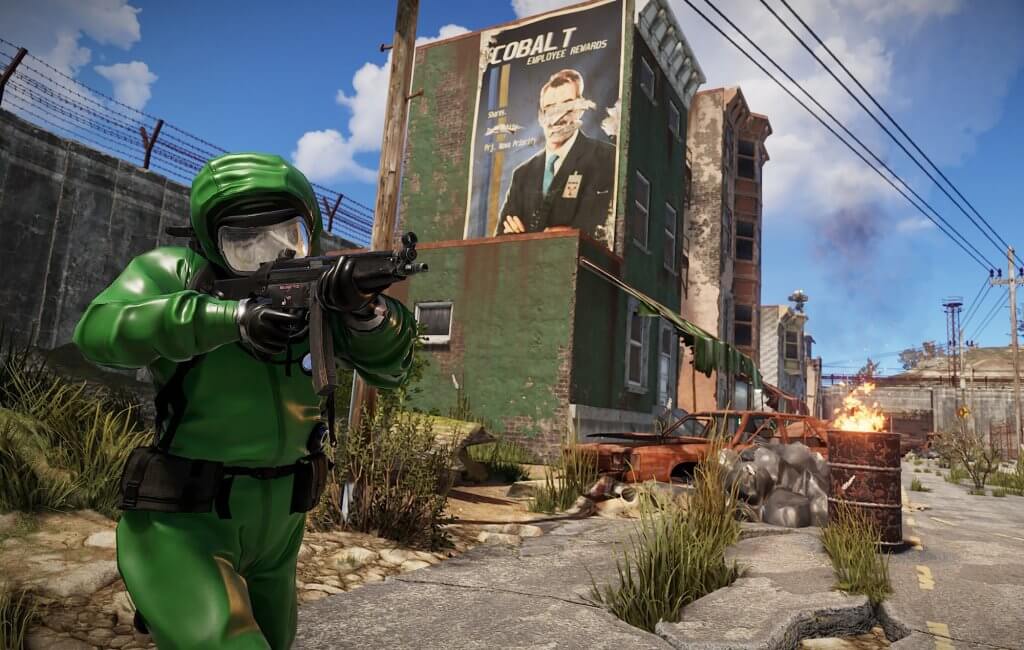 Since you are confident in your abilities and think that you can win Rust then make sure you answer the Rust Survival Quiz before starting the game. If you have no idea about the Rust game then avail the chance of getting to know them in a better way…

Rust has been created by Facepunch Studios. The developers aimed to make a game that could be as successful as Minecraft, DayZ, and S.T.A.L.K.E.R. Rust was first released in 2013 and the complete release took place in 2018. Just imagine how their luck favored them and Rust was able to break all existing records of fame.

WHAT DO WE NEED TO DO IN RUST?

Rust is a multiplayer video game and you need to compete with other players in order to survive Rust and to do this the players need resources that would aid them. Initially, a rock and a torch are supplied to the characters and with the help of these two, you can make shelter, hunt animals, make clothes, craft tools, and make weapons. On the other hand, blueprints for making new and advanced items are also available that you can find using maps.

Resources are extremely vital for the players because if you are unable to find and retain the resources then your character might die of starvation and lack of resources. Among the resources; water and animals are the most important ones as similar as in the Ark: Survival Evolved Quiz.

Water is available in rivers and through precipitations. It depends on the players that they get water either from water catchers or store it in bottles or bags.

There are many animals that are available in the game for hunting like bear, boar, horse, wolf, and deer. If the players hunt animals then this would give them multiple benefits like:

Cloth: Cloth is also derived by butchering animals but you will need certain tools for that in order to take the animal’s skin for making clothes, armor, sleeping bags, etc.

Bone Armor: Players can design their own armor with bone that would protect them.

Bone Fragments: Even the bone fragments of animals are useful as the players can create tools and sharp knives out of them.

Food: The players will have to kill and hunt animals even if they don’t wish to do so because the meat gives more health and energy than other food options.

Tools would be helpful in every task you do whether you hunt, attack, make clothes, take off skin, mine, etc. Whereas, each tool has its own benefits but let’s look at the best ones.

Rock: Rock is the first tool that you receive for free and can be used for hunting, hitting, knocking down trees.

Torch: Torch is vital because it lights the way but it makes the players more visible and the other players might get attracted to kill you.

Hammer: Hammers are vital for upgrading and repairing building materials.

Smoke Grenade: These are employed to distract enemies as smoke grenades spread smoke around and so the players get to escape. These aren’t crafted and have to be bought by giving scraps.

Pick Axe: Mining can let you have minerals and ores but for that, you would need a pick axe to dig and mine. Moreover, it can also be used as a weapon to kill other players who do not have armor.

If you are playing well and have tools, weapons, and all other things but don’t have food then your character would die because of starvation. Some of the food items in Rust are:

Uncooked Food: Apples, blueberries, pumpkin, etc are available to players and can be eaten uncooked. Though the energy and hunger bar doesn’t rise much but they are easy to eat and find.

Cooked Food/Meat: Meat can only be obtained if the players hunt or loot. Otherwise, the flesh of dead humans can also be eaten. But do remember that uncooked food gives less energy and health compared to meat and food that has been cooked. Meat of pork, boar, deer, wolf, and fishes is available in Rust.

Medicals are vital when the players get in trouble and need to regain their health. For instance, a bandage can be crafted with a cloth while other things like Anti-radiation Pills, Syringe, Large Medkit have to be either looted or bought.

Traps like Floor Spikes, Snap Trap, Auto Turret, Flame Turret are employed for killing enemies in the game, and then you can loot their possessions.

RUST QUIZ - WOULD YOU SURVIVE THIS RUST QUIZ?

Are you ready to find out how do you survive Rust? Then don’t just sit and answer the Rust quiz before it’s too late!!!