No game is good enough in the world until it turns the adrenaline rush on in a gamer. Just like the villains in movies and series bring insane twists in the story, similarly, the bosses in games bring anticipating revelations. When those nerve-wracking bosses are draining blood from our veins, either we kill them and send them back to the slithering dungeons where they come from or they are able to turn the hides and we end up crashing the controller on the floor as we lose.

The mind-blowing fights between gamers and the toughest bosses in the gaming world are worth watching and we have sighted many of the gamers cracking their screens, throwing their controllers, and cursing the gaming bosses. But, we know that no one would deny that these bosses are the ones who make us all interested in the game. So, we thought not to make a list that ranks “The top 11 hardest video game bosses of all time.” Whether it is a beast, human, or robot; the bosses end up you in a great fight, and if you are dedicated and lucky enough then surely you will win, or else sorry pal, work harder!

VIDEO GAME BOSSES THAT WILL RUIN YOUR LIFE

No doubt that most of the hardest video game bosses ever belong to RPG (Role Playing Games) and that is because their creators try their level best to make life of the gamers hell by introducing villains (aka bosses) because this is what makes games epic.

In Final Fantasy VIII, Ultimecia is a grave boss who is hard to defeat because of her demonic powers. You have no idea how tricky it is to deal with her because her powers enable her to deal with a complete team all alone. Never think that if you meet Ultimecia and kill her at one level then you are done with her because this is not the case. With her four aggressive forms, Ultimecia can devour your time and patience happily and you would be left with nothing but rage and unfathomable anxiety. This is because Ultimecia won’t let you pass to the next level when you’ll be tired of fighting her. Being a sorceress, she can manipulate time and space while her powers can give her control over any individual’s body.

Are you interested in having face-to-face combat with Skolas then just go ahead and play Destiny? Hahaha! Want to know why we are laughing? It is because we know that in a few minutes you would be vanquished brutally by Skolas and its army even though you have a team by your side. This is no ordinary beetle, its name is Skolas, Kell of Kells and no one could beat it initially as it haunts players since the initial levels. So, there was no way for the creators but to work on its XP and reduce skills so that some of the greatest gamers can kill it.

If you wish to know who are we scared of in the 11 toughest video game bosses to beat then listen up, The Nameless King from Dark Souls III is one on the top! It is completely optional if you want to fight The Nameless King or not because not everyone can handle his wrath in Dark Souls III. If you are eager to check why are we scared of him then keep in mind that he doesn’t show up in the first fight, instead, The Nameless King’s dragon would curse your soul and would kill you. However, if you act soundly then probably you would win from it and then face him. The Nameless King is very fast and would hit in a blink of an eye so whatever you do, keep your eyes open and keep blocking the attacks, or else you won’t even survive a minute.

In the Diddy Kong Racing game you would find a naughty pig boss who won’t let you pass until you kill him. Wizpig is not any ordinary boss instead, intergalactic pig and a wizard who you would have fought twice in the whole game. It is very important for the players to have close consideration of him because he would cross the race track within a few seconds with the help of his magic. Hence, if you need to win from Wizpig then you need to be very quick with your Nintendo controller.

In Dragon Age: Origins, Femeth is a female boss in it. Only her alias “Witch of the Wilds” is enough to scare away gamers from her. Flemeth haunts her enemies with her stark white face and grey hair. Just keep in mind that Flemeth is immortal and has many daughters who are also witches having her back. With her powers, she can turn into a humungous dragon and blow you off with her fire-spitting powers. Flemeth can attack from all sides because she can fly and blow fire. The monster that lives in Flemeth is dangerous enough that no gamers try to come near her.

You can even find out which game should you play next with just a single click! So, go on and try!

In Castlevania III, you would come in contact with Dracula who is very dangerous because he was though a human but now, there is only a vicious being living in him. He only knows to drink the blood of his enemies and haves mercy on no one. This is why he is the last boss in the Castlevania game. This Dark Lord has some invincible powers like Chaos, The Demon Castle, The Crimson Stone, and others which settle Dracula’s fear in the gamers. But, the gallant gamers never quit and fight the last boss in Castlevania III who is vicious Dracula.

You have already hit many names in the list of the top 11 hardest modern video game bosses but you have no idea what Ornstein and Smough made of. In the Dark Souls game, one needs to go through two heavy bosses named Ornstein and Smough. The former is a dragon slayer while the latter is an executioner. Even if you manage to kill one of them after great efforts but still keep in mind that the one who stands in the end, he would absorb the powers of the other partner and so becomes more powerful. But, here’s a tip! Try employing lightening resistant-armor and fire-based weaponry because that can help you to win.

No one would resist fighting from C’Thun who plays the role of a boss in the World of Warcraft. This boss is for all those who don’t wish to enter anything that is easy, instead, they love adventures, impossible challenges, and a hardcore enemy. It is a very hideous monster because C’Thun is a huge eyeball that has its sight everywhere. C’Thun is a creature that happily swallows all its enemies because it has a stomach filled with acid which ends his enemy’s life forever. There is no doubt that World of Warcraft is best because of many things but the major credit goes to C’Thun.

How could we even forget the Minecraft game on this list? After all, this game has been able to have most gamers in the world. But, what makes Minecraft challenging is its bosses like The Ender Dragon. It is almost impossible to beat The Ender Dragon because it always has Endermen around it for care while the magical crystals are there to keep its health bar full. In simple words, it is difficult to kill it. If you really have the guts then be sure that you have enough weapons, armor, and a heavy health bar, or else it would be a quick game end for you and your friends.

If you have played Mortal Kombat II then you must have faced Shao Khan. He is an ultimate fighter in the game. There are many who you have to combat but there is something very different about Shao Khan because is different from all. He is sarcastic and competitive which makes him a special fighter. Shao Khan is one whose attacks can’t be seen because his hands move at the speed of light while his few kicks can bring anyone down in a minute.

Senator Armstrong belongs to Metal Gear Rising: Revengeance game. He is very tough in his character and plays his role as a merciless boss with his connection to Desperado Enforcement. When the player enters Metal Gear Rising: Revengeance as Raiden and because they are loyal to their country so need to end dishevel created by people like Armstrong. There is no other way but to kill him by creating a more intensified approach with dodges, dashing, and ranged attacks

We know that you are witty and adventurous and this is the reason why you are already into searching the games that we have added to the list of “The 11 hardest video game bosses ranked.” Gear up and let us know which one turned out to be most difficult for you!

What is the hardest Souls boss ever?

Malenia, Blade of Miquella (Elden Ring). Not just is Malenia the most challenging boss in Soulsborne, but she quickly sits at the top of the trouble between computer games. Her hellish technicians evoke despondence, and toss the gamer right into the throes of misery.

Is Hollow Knight one of the hardest games?

While a lot of excellent metroidvanias generally have some level of trouble, Hollow Knight is particularly recognized for its tough platforming, opponents, and manager fights.

What game has the best boss fights?

Psycho Mantis: Metal Gear Solid has a few of the most distinguished boss fights in video gaming industry.

What was the first boss fight in the Gaming World?

The first preliminary video game with an epic boss battle was one of the oldest RPG: DND (released on 1975)

Who is the hardest Mario boss?

Bowser. As perhaps, Mario’s most difficult boss throughout the Super Mario collection, Bowser can be rather difficult to defeat in Super Mario Odyssey. He is the last boss of the main story, as well as he tosses every little thing he has at gamers. The first step to defeat him is to obtain his hat, which is a very hard difficulty by itself. 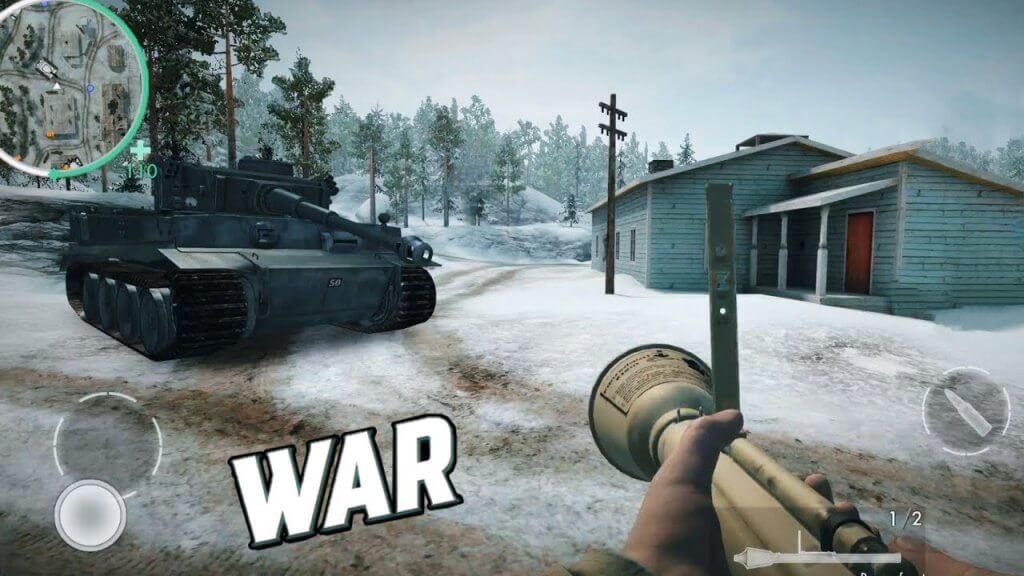 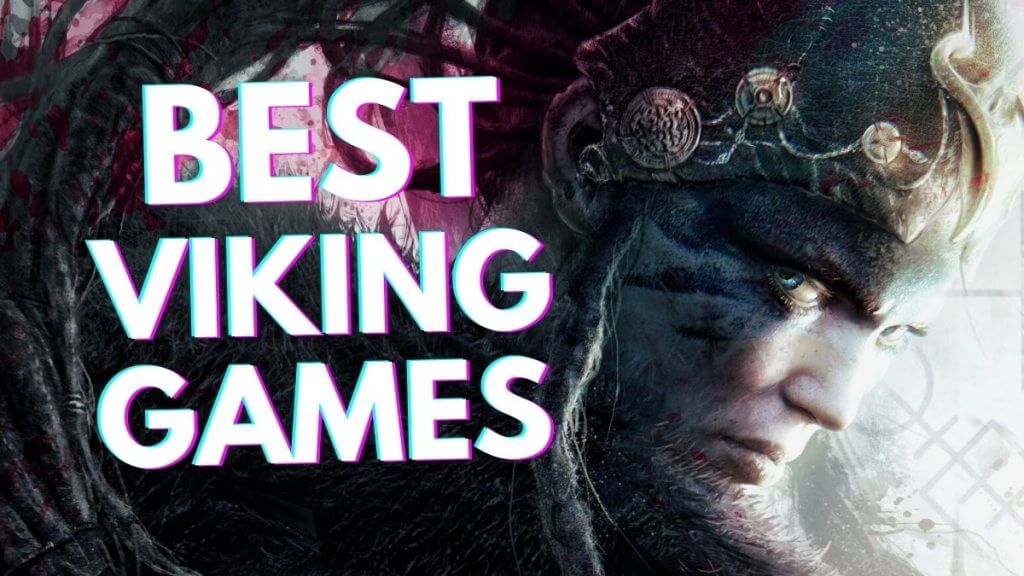