What Skyrim Character you would be Quiz

The talk of town ‘Elder Scrolls V: Skyrim’ is simply great! What? You know nothing about the Elder Scrolls V Skyrim game? OMG! You are really missing out one of the best games! Don’t worry as we would help you to find out about every great character in this game and much much more…

The game has many parts and the story has been continued in Elder Scrolls V Skyrim as well. The dragon World-Eater is desperate to cause destruction to the world and players have tried to stop him from this and now you have to complete the quests in order to strengthen your character and win the game by vanquishing World-Eater. Explore the game and make sure you are ready to face the monster but before you play, dive into the Skyrim Personality Test to recognize which Skyrim character are you? 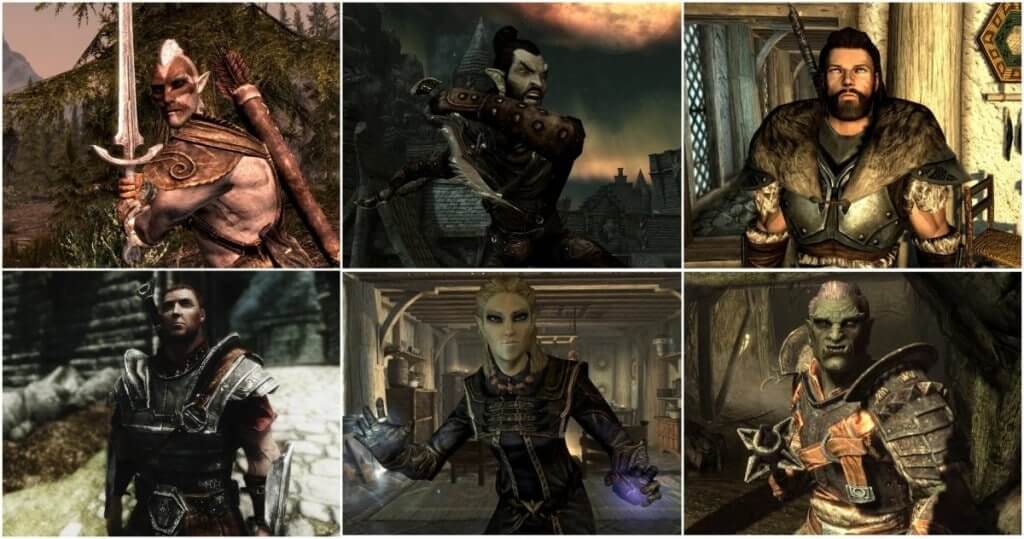 Two hundred years have passed since The Elder Scroll IV: Oblivion (in the game) and now you have to defeat Alduin or else the consequences would be devastating. Ready to take the risk but don’t forget to read about the best characters of the game and answer the Skyrim Personality Quiz which would tell you what Skyrim character you would be!!!!

Altmers are also known as High Elves in the game; though they have pointed ears like elves but are the tallest among all with pale skin tone. They are considered to be one of the oldest races in the game as are descendants of Aldmer. Most of the Altmer live in Summerset Isle and are respected by all due to their respectable bloodline.

Altmers are skilled in magic and its spells and even the players can improve the skills and abilities during the game. At the initial level, the spells of ‘Flames’ (cause destruction), ‘Fury’ (creates illusion to the opponents), and ‘Healing’ (to restore health) are available and with time more can be achieved. The abilities of Altmer such as Highborn and Fortify Magicka are their plus points.

Bretons are unique and one of their kind! Want to know why? Well, they are a race that connects humans and elves as they have traits of both. As they are half-human, Breton study and educate to rise in society as skilled merchants and scholars.

They are incredible warriors and mages who are skilled magicians and most amazingly, magic does not affect them as they have the ability of magic resistance. Moreover, Breton’s special abilities include Conjure Familiar, Flames, and Healing. They also receive bonuses over Alchemy, Illusion, Speech, Restoration, Alteration, and others.

Khajiit is a playable race and can be recognized facilely as they seem like felines. The ancestors of Khajiit belong to Elsweyr as most of this race has been inhabited there. They are famous for their negative activities like loot, trickery, war, destruction, and etc. Moreover, they are strong, quick, and strengthened as they are somewhat a fusion of animals that belong to the cat family.

If you choose to be a Khajiit then the biggest benefit would be that you have chances to survive and win even if you don’t have weapons because Khajiit’s have sharp claws and teeth that can easily give a damage of 15 points. Moreover, their ‘night vision’ ability is also very useful in the games.

If you are pondering over what Elder Scroll: Skyrim character are you? Hmmm, why not an Argonian!! You must be thinking who wishes to look like a lizard but once you would read about their skills and abilities, you would definitely give it a chance. There skill bonuses include Alteration, Light Armour, Lock Picking, Sneak, and Restoration.

Argonians live in Black Marsh and so they have adapted many things for survival like breathing underwater and Histskin that allows them to heal faster compared to other races. As Argonians can travel and stay underwater for a long time so they have the advantage to attack from locations that no one would think about.

If you are more interested in winning Elder Scroll V: Skyrim with your impeccable strength and wish to be the greatest warrior then do consider Orismer while playing the game. Orismer is better known as Orc and you can train them as a warrior if you focus on armours, archer, and their special ability i.e. Berserker Rage.

Moreover, they are efficient in conjuring magical spells and enchantments like Flame and Healing; whereas their speed and wit are matchless. Not only they are good at combating but are also perfect when it comes to smithing and defending their land.

Dunmer are commonly known as the Dark Elves because they somewhat resemble elves, however, their dark skin is also a cause of this name. Dunmer belong to the land of Morrowind but had to migrate to Skyrim due to the eruption of a volcano. Now, they face quite a lot of problems here in Skyrim.

They are considered versatile in the game because of their abilities and attributes in Stealth, Magic, and Combat. While many races have the ability of Flame, Dunmer possess Ancestor’s Wrath that protects them from fire. On the other hand, their magical abilities and stealth allow them to be powerful enough that no opponent tries to mess with them.

Bosmer better known as Wood Elves are quite notorious for their style of combat, although they prefer not to fight until they need to defend their land and they even have the finest archers in the game. They like to stay close to nature which is why they can communicate and even command wild animals in Elder Scroll V: Skyrim.

The skill bonuses of Bosmer include Archery, Alchemy, Light Armour, Lockpicking, Pickpocket, and Sneak; whereas, they also dominate the ability to resist poison and diseases. There is also a GTA mode which you can change your character with Bosmer. Did you also take our Grand Theft Auto V personality test?

THE ELDER SCROLLS V: SKYRIM QUIZ - WHICH CHARACTER ARE YOU?

The most interesting game is waiting for you to play it with the most amazing characters but you are still confused! Just answer the Elder Scroll V: Skyrim Quiz to find out about your character in the game.